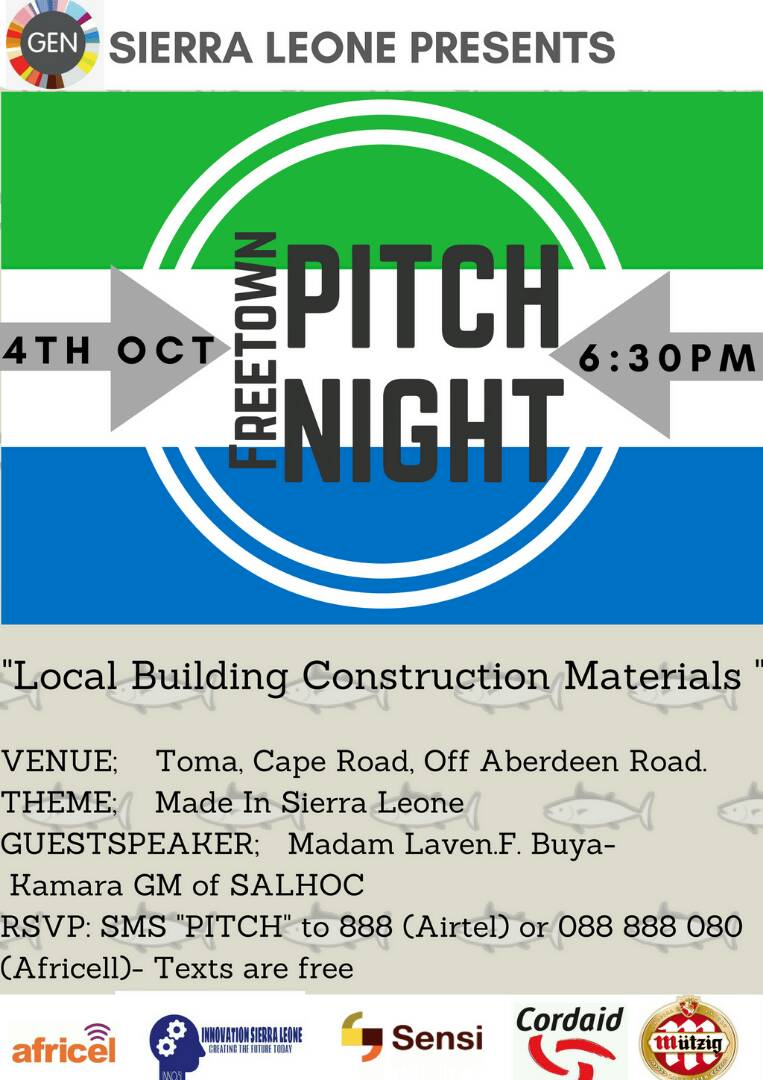 The theme for the October 4th Freetown Pitch Night was “Made in Sierra Leone-Local Building Constructions Materials ”.

According to UNIDO by 2050, two-thirds of the global population will live in cities. This will put serious pressure on developing countries like Sierra Leone where local construction infrastructure is at an early stage.

The use of local materials for the construction industry has wide ranging economic implications for Sierra Leone. It also speaks to the “circular economy”.

Furthermore, these imported materials are often climatically inappropriate especially in tropical  regions. The continued use of much imported conventional building materials do not provide climatically and socially viable and affordable housing and can hinder sustainable growth in the local construction industry for the majority of the population.

At the Freetown Pitch Night we met three innovators that are creating building materials and designing landscapes using local raw materials. These   local entrepreneurs are providing solutions for sustainable construction with their designs, ideas & investments.

Our Guest Speaker was Mrs. Lavern Fatmata Buya-Kamara, General Manager of the Sierra Leone Housing Corporation- SALHOC. More will follow in this report.